The New Jersey League of Municipalities honored David Grubb, Executive Director and Co-Founder of the Municipal Excess Liability Joint Insurance Fund (MEL JIF), as one of the 2022 recipients of the Distinguished Public Service Award, in recognition of his nearly four decades of leadership and commitment to New Jersey public entities.

The NJLM Distinguished Public Service Award is presented to individuals and organizations that have, over time, made substantial contributions to the State of New Jersey through their distinguished public service.

“The League is grateful for David Grubb’s many years of service to the State of New Jersey and its municipalities,” stated Michael Cerra, Executive Director, New Jersey State League of Municipalities. “The MEL has been a critical partner in reducing insurance costs and maximizing safety in municipalities, from tips to avoiding falls to the latest steps for cyber safety, and David Grubb has been instrumental in these efforts. We’re proud to present him with the Distinguished Public Service Award and thank Dave for his efforts.”

Paul Tomasko who is on the NJLM executive board and is the current secretary of the MEL Board of Commissioners, submitted David Grubb’s name for consideration at the NJLM meeting in June. “The League is the umbrella organization that represents municipalities throughout the state and is thoroughly familiar with matters of importance to municipalities and property taxpayers. Each year the League recognizes someone who has made an extraordinary difference and this year Dave was selected as one of the two honorees,” said Tomasko.

The 2022 Distinguished Public Service Award was presented by NJLM President Mayor William Pikolycky of Woodbine Borough during the Annual NJLM Luncheon on Nov. 18 in Atlantic City.

During his acceptance speech, David Grubb credited the team effort of the audience and the thousands of people including public officials, safety committee members, professionals, and the League for this award. “It has been an honor, a tremendous honor, to be involved in this cooperative effort over the last almost 40 years. I just want to share one thing I am particularly proud of. Over the course of the last 33 years, we have reduced the accident rate of municipal employees by almost 70%…I want to thank all of you, who participated in this really incredible experience of a lifetime,” remarked Grubb.

The MEL JIF, and the name David Grubb, are well known across the state with the MEL providing property/casualty insurance, training, education, resources, and other programs to some 70 percent of the municipalities and local authorities in the state. However, it is a major point of pride for the MEL to have David Grubb formally recognized by the League of Municipalities.

“Dave is a man who has lived a lifetime of service and cares deeply about the people of our State,” said Joy Tozzi, Chair of MEL JIF.  “He is a pioneer and an innovator. Not only did he recognize the need for a formalized risk management program, but using his experience in safety, investments, government, and nonprofits, he had the foresight to see the potentially catastrophic budget implications public entities would face. Creating a joint insurance fund to share experiences has saved our government entities countless hours and millions of dollars.”

MEL JIF Executive Director Joseph Hrubash has worked with David Grubb since 1988. “I have watched his positive impact on the MEL success. He brought a corporate risk management philosophy to the MEL program with an emphasis on a strong claims management and risk control program which helped MEL become the largest joint insurance fund in the country with NJ taxpayer savings of more than $3.5 billion,” He added, “Thanks to Dave, the MEL has the most comprehensive website providing extensive information, training and education.”

“I have known Dave for years and have witnessed first-hand the tremendous contributions he has made to the MEL,” said Tomasko. “He is the inspiration behind the genesis of the MEL (initially referred to as a “Super JIF”) and helped establish the framework for the Joint Insurance Fund concept itself in our state which has resulted in tremendous savings to our towns and taxpayers.”

Since 2003, NJLM’s Executive Board and officers have honored individuals who have made substantial, longstanding contributions to the state of New Jersey through their Distinguished Public Service Awards. The second 2022 recipient was Edward J. McManimon III, League Counsel and Of Counsel at McManimon Scotland and Baumann.

The Municipal Excess Liability Joint Insurance Fund is the largest governmental self-insurance pool for property and casualty in the country.  For more than 35 years, the MEL JIF has provided risk management, training, education, resources and guidance to municipalities, public entities and public officials across New Jersey. Since 1987 MEL JIF has saved New Jersey taxpayers over $3 billion dollars. Visit NJMEL.org for details. 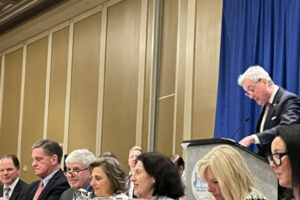 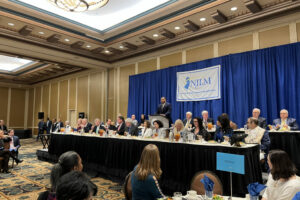 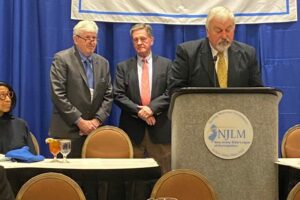 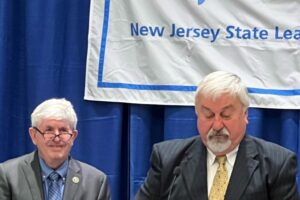 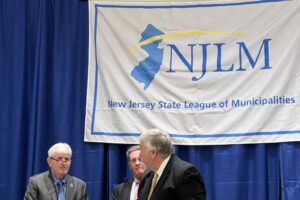 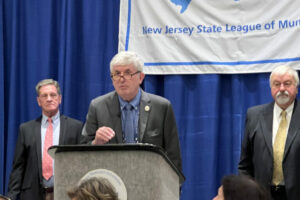 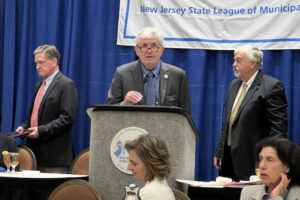 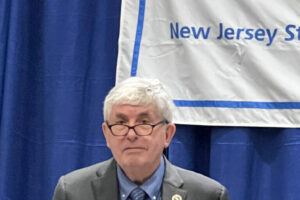 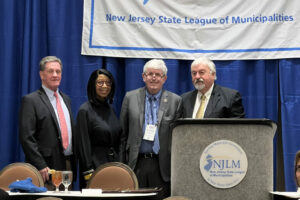